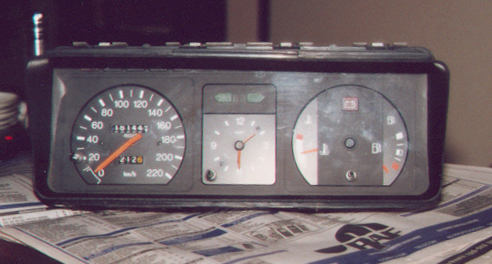 One of the snags with cars from the 70s and 80s is the plastics that were used. Some of the plastic parts were not ment to last more than 10 years. So when the car ages some parts become brittle.

In both of my R18s I was confronted with this problem several times:

In my second R18 the dashboard also has to come out in the future, to mend the clock. I think I will opt for the first approach this time. That’s because I will probably swap the steering wheels from both 18 as well. The steering wheel on my road worthy 18 has some small damage on the fake chrome strip on it, due to… bad plastics.