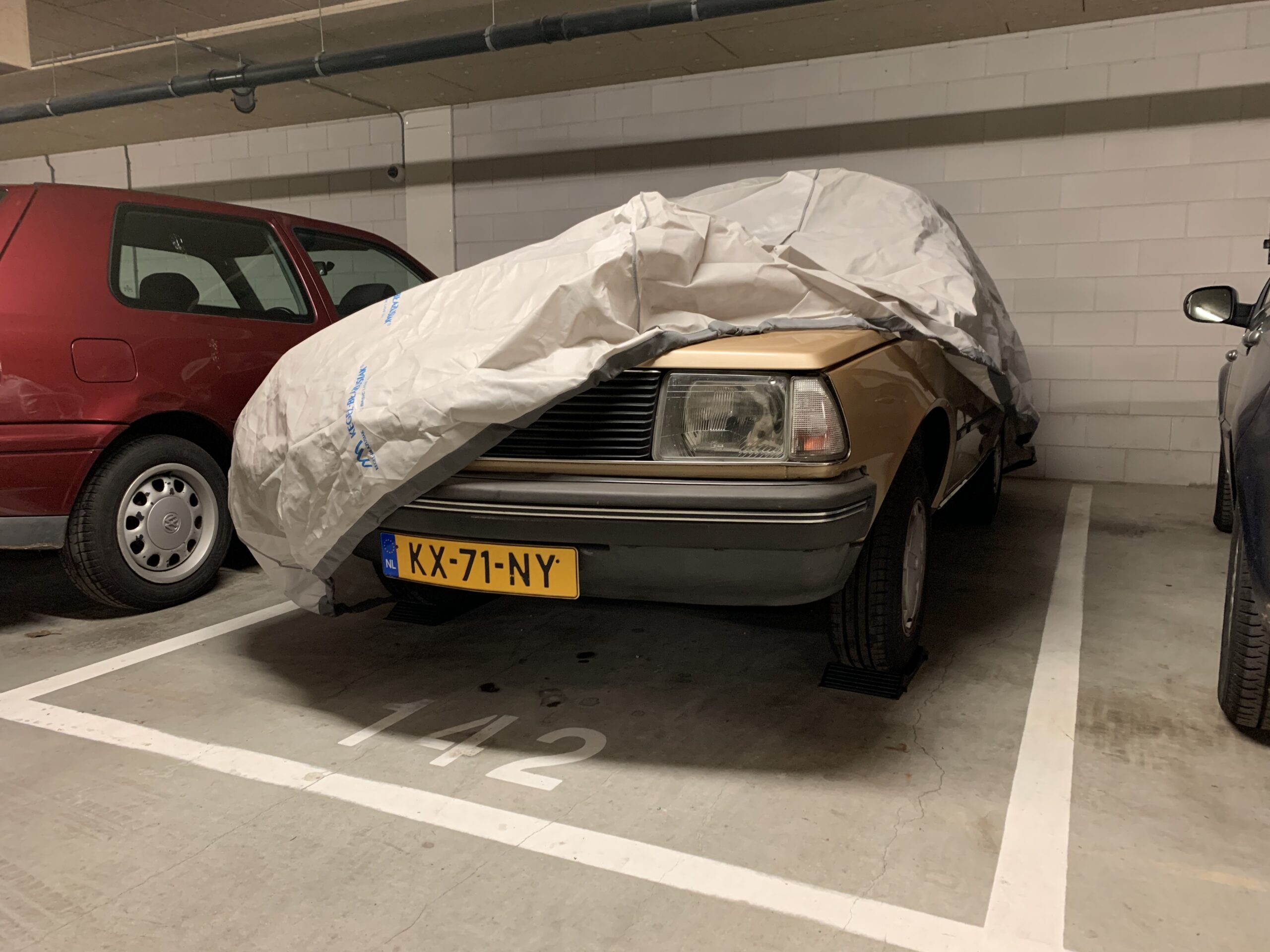 Until 2014 this rule applied for cars older than 25 years. When the law changed there was a transitional arrangement for cars between 25 and 40 years old. Cars that were put on the road before January 1st 1988 but are still not 40 years old can benefit from this arrangement.

My ‘new’ Renault 18 was put on the road in april 1984. This means I only have to pay 1/4 of the regular road tax. But an important provision is that the car is not allowed to be on the road in the months of December, January and February.

So at the beginning of December I put her in hibernation. She is now in her indoors parking space. I topped off the fuel tank. I took out the battery and put it on a trickle charger in our storage at home. I inflated the tires to 2.6 Bar and put the wheels on tire protectors to prevent the tires from squaring off. And I covered the car, so it’s protected and won’t collect any dust. Sweet dreams!