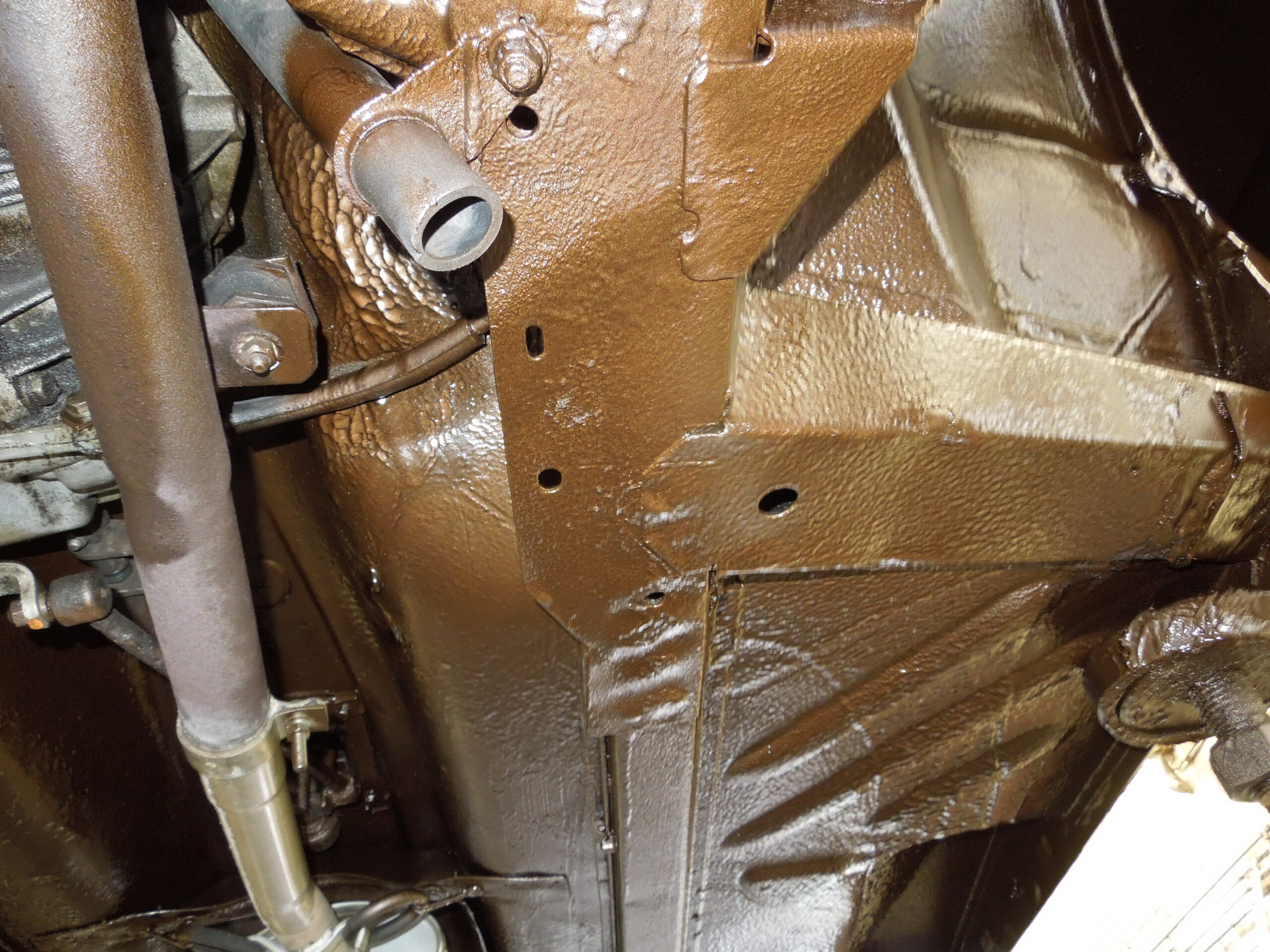 One of the main reasons why my first Renault 18 is stored: rust. A lot of welding will be needed to get this car in acceptable condition again.

As I mentioned in earlier post, my second Renault 18 is almost rust free. When I bought the car, protecting it from rust was one of the items on the top of my priority list.

These days most modern cars are already well protected against rust. But in the 60s, 70s and 80s of last century most cars would ‘dissolve’ within 10 years.

because modern cars are better protected, companies that are specialized in anti corrosion treatments are becoming rare.

I did some research and found there are 2 main rust protection systems:

Most people who owned cars in the 70s and 80s remember this stuff. My first 18 got a tectyl treatment. And I emptied many spray cans on and in it afterwards. I found out through the years there are some downsides to Tectyl.

The main one is that this stuff hardens over the years. Than it cracks and moisture gets under it. Some of the rust on my first 18 was actually caused by the old tectyl layer, that was meant to protect it.

The second down side is that the process of applying it often is rushed. The car isn’t cleaned and dried properly. The remaining road mud keeps attracting moisture. And corrosion is the end result.

When looking for information I came across a number of sites on Dinitrol. I found out that it’s more than just a product. The way it is applied is standardized. The process takes several days.

They start by completely cleaning the car and all it’s cavities and giving it time to dry. After that a rust penetrating coating is applied. This is followed by a wax to seal it and shield the metal from moisture. And finally a flexible protective coating is applied to the underside and wheel wells of the car.

This treatment is about twice as expensive as a tectyl treatment. But from what I read, the standard of protection is much higher. So I opted for a Dinitrol treatment to protect my second 18.

On a Saturday in September I delivered the Renault 18 to Anti Rust Center in Alphen aan de Rijn. The car stayed there for a week going through the whole process.

Here are some ‘before and after’ images: